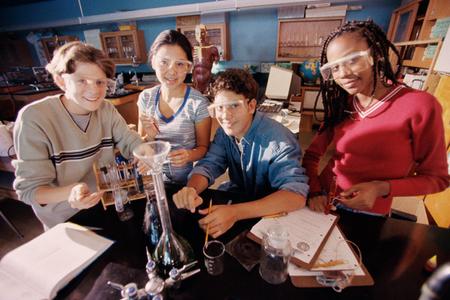 We employ a diverse group of highly accomplished tutors who take a genuine interest in each student with whom they work.  We offer tutors who specialize in most coursework including test preparation, Math, English, Physics and Study Skills.  All of our tutors are carefully chosen and share a genuine love of teaching and connecting with students.

Rachel Gabauer is from Pittsburgh, Pennsylvania.  She received her Bachelors of Science in biology and nutritional sciences from the Pennsylvania State University and was a student of the Schreyer Honors College within Penn State.  While studying at Penn State, Rachel worked in a research lab in the Department of Nutritional Sciences where she assisted in clinical research involving how certain foods affect risk factors for cardiovascular disease.  She was also a part of the Global Medical Brigades and traveled to Panama to take part in a medical service trip, where she helped the residents of a rural town with their medical needs.   Rachel worked in Germany for three months at the University of Konstanz to complete a research internship involving the psychology and behavioral habits behind dietary choices.  She is now completing a dietetic internship at the National Institutes of Health in Bethesda, MD to become a clinical dietitian.  Her past experiences tutoring math, English, and reading comprehension have inspired her to continue tutoring in multiple subjects and SAT prep during her dietetic internship.  Outside of work, Rachel enjoys cooking, reading, and playing the ukulele.

Eric lives in Bethesda, MD with his wife and two sons.  He received a Master of Science degree in Electrical Engineering from Virginia Tech University and a Bachelor of Science degree in Electrical Engineering from The George Washington University.  Eric began his career as an engineer with the Naval Research Laboratory in Washington D.C.  He worked on several military satellite programs as a design engineer.  He has also worked at Booz, Allen, & Hamilton and the Cellular Telecommunications Industry Association.  Eric transitioned to finance after attending New York University and receiving his MBA.  He spent over a decade as an equity research analyst for several Wall Street Firms.  Eric currently works as a financial consultant for FNB Wealth Management.  Eric enjoys playing his guitar and exercising in his spare time.  He and his wife are active members of the Bethesda Elementary PTA.

Renee Zhang was born in Dallas, TX and grew up in Beijing, China, where she attended an international school. She was a recipient of the National Merit Scholarship and an honors student at Boston College, where she received her Bachelor of Science in Biochemistry. While studying at BC, Renee conducted research in the Department of Chemistry, participated in a medical service trip to rural China, and volunteered at the local Boys & Girls Club of Newton where she tutored students in reading and math. She recently completed her Master of Science in Biotechnology at Johns Hopkins University, and a research internship at the National Cancer Institute involving the role of specific transporter proteins in multi-drug resistant cancers. Renee is now working as an emergency department medical scribe at Medstar Montgomery Hospital. She has experience tutoring math, science, and English as a second language. She is passionate about education and enjoys working with children. Outside of work, Renee enjoys scoping out new restaurants, traveling, and art.

Hafez Golzarian was born in New York, NY and was raised in Huntsville, Alabama. He received his Bachelors of Science in Molecular Biology with honors from the University of Alabama at Birmingham. While studying at UAB, Hafez worked in a drug discovery research lab in the Department of Chemistry where he performed research involving the synthesis of certain organic compounds that could inhibit the metastasis of estrogen negative breast cancer cells for which he received a publication.  He was also the chapter president of the National Society of Collegiate Scholars, a national organization that takes part in connecting student members with their campus and local communities through participation in charitable events. Hafez has taken part in numerous medical internships over the years where he has given back to his communities in so many ways. He is currently pursuing his Masters of Science degree in Biotechnology & Health Science from Johns Hopkins University. He has tutored subjects in math and science a great deal and has tremendous experience in tutoring for standardized tests including secondary, college, and graduate school entrance exams. Outside of work, Hafez enjoys playing soccer, chess, cooking, and outdoor activities.

​Zeke is a recent transplant from Philadelphia currently living and working in Montgomery County, MD.  He holds a B.A. from Muhlenberg College (Allentown, PA) where he studied psychology and philosophy.  He has also received an M.S. in experimental psychology from Villanova University.  Zeke's background has been primarily dominated with conducting research (including language acquisition [http://www.udel.edu/ILP/] and most recently studied the health benefits of the human-animal bond in homeless and prison populations).  Zeke currently works as a teacher at a school in Rockville, MD that specializes in autistic spectrum disorders.  While not working, Zeke enjoys cooking, sports and live music.